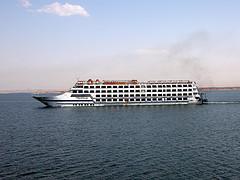 Cats have always been animals of great charm and pleasing part of the people, since their beautiful stylized figure, her beautiful eyes that express a look at times full of mystery, in others of curiosity, but are always very expressive, in short the whole of them captivates immediately, but there can be some cats that has features more beautiful, perhaps because that its origins its found in Egypt to nearby places, so it has certain aspects of these felines which in his time were representations of the gods of ancient Egypt, so one of these copies is the Abyssinian cat, that with her beautiful features and be affectionate way will immediately Captivate who very likely will be his master. The Abyssinian cat as well as a large number of cats that have had during many times presence in history, has a past not very clear, but trying to make the most accurate approximation to the origins of this wonderful and charming cat, it is coming from ancient Abyssinia, now called Ethiopia, you can descend from another ancient breed of Egypt, because as mentioned previously its aspects are very similar to cats of ancient Egypt, as it is well known this kind of cats from ancient Egypt and the surrounding regions of this African country. Despite the above there are those who say that the Abyssinian cat does not have its origins in Ethiopia, much less in Egypt, so there is another theory that argues that the Abyssinian cat is typical of England, result achieved from cats with marbled coat, but the first theory is more accepted. The Abyssinian cat became known in the world thanks to the introduction of this cat to England by the army of Queen Victoria for the year of 1892, more forward was achieved the domestication of race and the subsequent expansion of the number of copies in several places in the world.